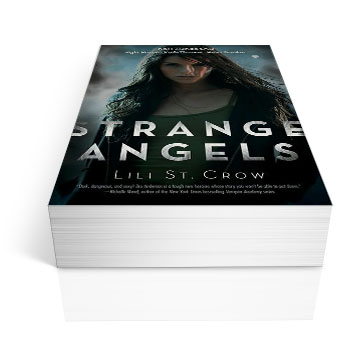 I love a good paranormal read. By the end of this one I was intrigued enough to see where it would go, but it started off rocky. The beginning of Dru’s story was as slow as molasses, and for some reason it didn’t feel like I was moving through the pages as fast as I thought I was, I would read two pages and it would feel like ten. I find that I don’t like the heroine Dru as much as I should. I was really offended by the author’s ethnic descriptions of Graves, and Dru’s cursing was really out of place to me, it threw off my rhythm and left me confused because it really didn’t suit the character. Mind you I’m no prude or linguistic angel in any sense, normally all words are pretty much a go, but it really didn’t fit.

What I did like? The Boys. They were really interesting and I could see her having a problem picking one. You have Graves the sweet good guy who’s everything she’s been longing for in her life. And you have Chris the mysterious bad boy who your never really sure is a good guy or not. The perpetually relocated Anderson’s hunt all the things that go bump in the night, Which leaves Dru guarded, jaded, and an orphan. Her mother murdered, her father obsessed leading to his demise and reanimation. Her salvation the kindness of a boy that not only helps her keep going but brings back some humanity to her military mentality.
Though it wasn’t predictable and I can’t tell you who the traitor is in the book or where it’s going to go from here, it’s not from a well thought out story line. I do think the story is a little ruff and could have been refined, but in the end I thought it was a fun read, and entertaining.

Vote yay or nay for this review on Amazon here.