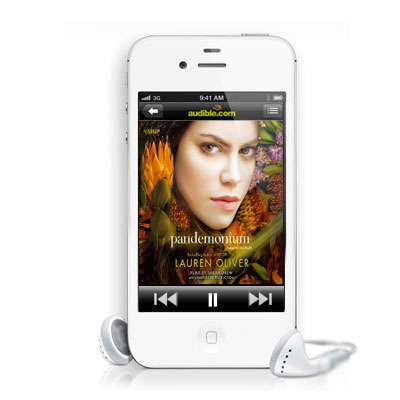 Fresh off her heart breaking escape from Lena’s love lobotomizing society, she discovers the freedoms of the Wilds. And all the chores that come with them. Turns out she was pretty pampered in the enclosed cured community. Life on the outside is hard, hard work, little food, and lots of casualties.

But as the resistance is rising, the cured have renewed their efforts in eliminating the invalids, forcing Lena and her new friends to re-assimilate into the Manhattan colony. Lena soon finds herself in the middle of a conspiracy and finding love in the most unlikely places.

Lauren Oliver’s Pandemonium is an eloquently written mess of thoughts and details strung together to form a coherent character and world in a very unique way. I think the sequel exceeds Delirium in story and structure. I always felt the eradication of love as a main motivator a little flimsy, and it was the linchpin that held everything together in the first book. In Pandemonium the story focuses less on the cure, in favor of a more active plot line. Plus Oliver needed less time working on world building and character establishment so she could focus on a more complex plot without sacrificing the romance and lyrical flow of her writing fans of the series love. Some of the pacing in the beginning was slow, but it gained momentum as Lena grew stronger. A few lingering questions were answered, but with them came more inquiries that are sure to bring readers back for the next installment.

Sarah Drew’s performance of Pandemonium was good. Her portrayal of Lena was nice, maybe a bit dramatic at times, but she really knows how to capture the angst of teenage melodrama. I think her choices in voicing Julian was better than how she speaks for Alex, but overall she does a fine job with the series.

Vote yay or nay for this review on Amazon here