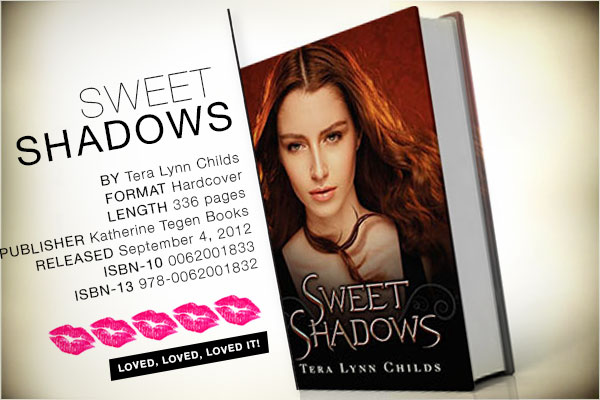 Finding out you’re one of a trio is shocking enough, learning that you’re a monster hunting descendant of Medusa, is just insane. Needless to say the recently reunited triplets Greer, Grace, and Gretchen have a tough road ahead of them. With clashing personalities and the task of getting Grace and Greer up to speed, training wise, the last thing they need is a difficult rescue. Unfortunately with their mentor pool dwindling quickly the sisters are going to have to trust and rely on each other just as fast, because a war is brewing and both sides want the Key Generation dead.

I love this book. Seriously the only thing I hated was that it had to end and I have to wait another year to find out what happens next. Most of the first book focused on Grace and Gretchen with Greer being introduced toward the end, so having that third voice prominently featured rounded out the story and everything came together beautifully. I think Greer was my favorite sister. I like how Childs has these seemingly same sisters with drastically diverse personalities. I think it’s really smart of the author to showcase the differences in each heroine’s life and how their families helped to shape the girls. Childs put just as much care into her male character’s as well. Milo’s cute, Nick is interesting, yet Thane steals the spotlight for the guys. His character is intriguing and a big reason I want that next book now.

The plot was great, readers will get a better understanding of the girls’ destiny, get a taste of what they’re really up against, and learn that things aren’t so black and white when it comes to the fate of the abyss. I love where the series is going. The world building was fantastic. Childs lets us into her abyss as well with her descriptive landscape and creatures. Her imaginary places don’t compare to her knowledge of the cityscape though. You not only get the feeling that the author knows the San Francisco area but also the high society world Greer is trying so hard to hang on to.

Childs has yet again successfully merge modern with mythology, creating something that’s not only smart and entertaining but accessible to a wide range of readers. Sweet Shadows is fun and exciting full of action and engaging characters making it a modern mythological must-read.

Vote yay or nay for this review on Amazon here